The Politics Of Jesus Camp

I remember the tabernacle. It's rounded roof, it's outdated architecture, the only real building amongst a sea of fabricated one room cabins. Back in '99 some men in jump suits came and built a frontal annex. It's new paint smell was a welcome change from the musty aroma that seeped from under the tabernacle doors. They sold books in that new annex, and cd-roms and bejeweled hair accessories that resembled peacocks and other tropical birds. I half expected Jesus himself to descend from heaven to come and destroy our stupid looking hair accessories. I imagined him ripping plumage limb from limb while Dylan's 'Gotta Serve Somebody' softly played.

We slept on bunk beds that were donated from the local prison. They were black and metal and tough. Some of them had no guard rail and others had no climbing bars, only the most agile of kids slept on those. If you were a counselor you usually took two mattress pads which would alleviate some of the pain brought about from sleeping on donated prison beds. From above the set of dorms were shaped like a plus sign with each wing named after a direction. All the cool kids were in East dorm, West dorm was always second choice and god have mercy on your soul if you came late and ended up in North dorm. North dorm had the really fat counselor, I called her Sister Waterfall and Sister Waterfall sat in her bed eating double stuffed Oreo cookies and would do night checks by shining a flash light directly in our eyes. The dorms we're separated by gender, everything at Jesus camp is separated by gender.

Each year the head camp pastor would stand in front of us with a speech aimed at encouraging us to form a lasting relationship with god but he was mean and he was sexist and he told the boys not to date any of the ugly dogs at Jesus camp and the boys would stand up and shout and clap with the same enthusiasm usually reserved for sporting evens and I'd clench my fists and give him dirty looks and silently die on the inside.

At Jesus camp if you're a boy you played basketball and baseball and if you're a girl you watched the boys play basketball and baseball. Girl's could take classes on how to do hair and attend seminars on the importance of modesty. We all had mandatory choir lessons and we all hated them unless you we're one of the chosen people that led the sections or sang the solos. It was always pastors kids or friends of the pastors kids and it was all very political and everyone was a Republican.

There were rules: girls must wear skirts past the knee, no slits, no exposed cleavage, nothing tight, sleeves to the mid-arm, no jewelry, no makeup, no cutting of your hair, no coolots. For those who may not know what coolots are essentially they are extremely baggy shorts that look like a skirt, kinda skirty but just not skirty enough. Boys were to wear trousers to the floor and shirts to the mid-arm, no facial hair and haircuts were to be clean and not touching the ear. If at anytime a counselor found your appearance inappropriate you were sent back to change. One year my best friend cut her hair and she was told to put it up 'don't go flaunting your sin' they said. And these were just the rules regarding appearance.

The food they served in the cafeteria was rubber in consistency and lacked any hint of natural colour and thus an acceptable form of anorexia known as the camp diet was born. I remember my friends using it as an excuse to starve themselves, I remember everyone claiming they would lose five pounds in a week and the reason they needed to lose five pounds was to get a boyfriend. I remember girls not wanting to eat in front of boys. I remember feeling really bad for them, I remember wishing I had the will power to starve myself too.

There is no particular summer I remember more than others. The years start to blend together and memories blur into the wails of people speaking in tongues and the clicking of heels on pavement. I will always remember the girl who was married at 15 and came to camp with her new born baby and I remember thinking 'that's not what I want.' I will always remember how un-special I was in the camp hierarchy, how I wasn't a pastor's kid or missionaries kid or choir leaders kid and those were the one's that were nurtured and groomed to be the future of our movement. I could never be a camp counselor now, I wouldn't be welcomed. I have long since left that church and organized religion behind me, I have cut off my long hair and have visible tattoos but as summer quickly approaches I wish I could hold the hands of the new generation of un-special ones and gently whisper when no one is listening 'it's ok if you want to cut your hair too.' 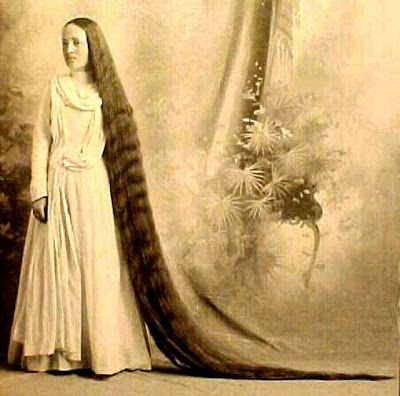