How To Be Uber Pretentious At A Foreign Film Festival

Prep weeks in advance. The moment the film selections are released download the PDF and spend about 30 hours memorizing the schedule. Bonus points if you can also list their country of origin, director and showing code. Bonus bonus points if you wear a beret.

Make a detailed spreadsheet of all the films you NEED to see and cross reference overlapping times. When your other friends mention they may be seeing one or two films flash a snide smile whilst you regale to them your quest to see 18 films in 6 days. Tell them your considering calling into work next Tuesday so you can have a 6 film bender. Who cares about a desk job where the arts are concerned?

Consider cutting out fluids and urination just to make sure you don't miss a single moment of a film.

Imagine meeting men named Francois and Hernando in line for the latest Spanish film noir. You will all be dressed in retro attire and will scuff and throw back your heads in laughter when you see people wearing screen tees and stuff you know was bought from Target. If it cost under $200 do not wear it.

DO NOT EAT THE POPCORN! You are way too pretentious for that. While other people are gorging themselves on jumbo sodas and salty snacks reach into your Ralph Lauren leather duffle and pull out a sleek, monogrammed silver flask filled with the finest single malt whiskey. Be sure to have a selection of watercress sandwiches with the crust cut off and an entire wheel of Brie.

Interject high-brow movie quotes into every conversation for the duration of the festival. Further your arrogance by using lines from The Tree of Life to describe an actual tree.

After an Indian documentary sit on the porch of a fancy bistro with all your other pretentious friends and use terms like "I'm getting notes of..." and "what a balanced bouquet" to describe your bottle of French Bordeaux.

Finally I am sure this goes without saying but if a film contains any English what so ever DO NOT SEE IT! You are intelligent, you can read AND watch at the same time. You are far above the English language. For the ultimate experience in pretentious film going attend a film where there is no English or English subtitles. You are there for the feelings, the emotions, the climax. Words are beneath you. Go forth with your head held high and your nose in the air! 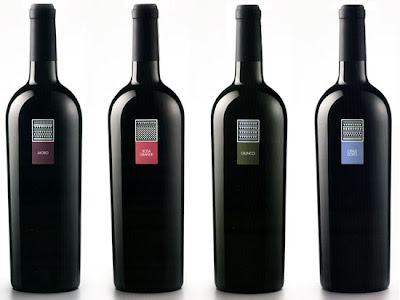