"Each friend represents a world in us, a world possibly not born until they arrive, and it is only by this meeting that a new world is born." -Anais Nin

I bought a new phone. I spent a good portion of my adult years swearing up and down I would never be one of those smart phone people. Nights spent painfully uncomfortable as friends sat round a table together were simultaneously on their respective Crackberry, checking facebook to see what was going on in their social world all the while allowing the present moment to pass them by. I never wanted to be like that. After making it 24 years I compromised my beliefs for the perks that come with having 24/7 internet access. I settled on a mid-range, slightly older model. Not going for the new, fancy, expensive gadget was a way to make myself feel better for being a sell out. It pains me to say this but I adore this phone. It does make life easier and more convenient to reach all my family and friends around the world. I have but one complaint, one tiny, microscopic little flaw: the alarm sucks. It sounds like a rooster which isn't the problem, the problem is that it's a rooster that seems to be caught under 5 feet of cement. I sleep right through the damn thing, all 6 of my strategically timed out alarms:

Pack rat by nature I have kept all 3 of my old phones. Klutz-o-maniac by nature I tend to break things and fall often so it's good to have back ups. My most recently retired phone has the most obnoxious alarm perfect for hungover Thursday wake-ups. Insomniac by nature I was laying in bed, 2 am and work in the morning and I don't know what force pulled my hand toward my old phone but I grabbed it and started a trip down text message memory lane aka Nostalgiaville.

In this fast paced, technology driven society we live in the amount of texts I have sent and received is well into the thousands, a few times over and I can't say I remember most of them. It's easy to forget a joke that was shared, a moment that made you have an LOLathon, an innuendo, an apology, a photo, things that made you cry...

in my phone lay the skeletons of relationships past.

There I was reading through all the texts and one after the other I was brought back to the context of the conversation, the way my stomach jumped with excitement when I saw who it was from, the glee, the rapture, the fleeting moments like sand through my finger tips, so hard to hold on to yet so easy to pick right back up again and again and again. I cried. I lay there wishing with every ounce of my being that I could go back to how things were in the moment, just for a minute, just to remember what it felt like. Nostalgia can be so dangerous. Things become skewed, distorted. Reality seems better then it was which makes the current pain worst then it should be... or maybe it was that good? That's what nostalgia does to people, can you ever be quite sure you are remembering things the way they really were?

I got a tooth pulled once. Most people are born with 8 molars I was blessed to be born with 10. I was quite the little overachiever in the womb. Anyway, after months of continuous pain I bit the bullet and went to have them removed. The dentist took a very scary long needle and stuck it in my gums to numb me from the pain of removal. It hurt initially, took some time to recover but eventually the temporary pain of losing a part of myself did go away. In it's place was a healthy mouth, free from the aids of medicine and trying to temporarily mask my pain. It was a process, it was painful but it was worth going through. It's making the choice to willingly give up and let go of the things that cause us pain. The fact of the matter is the world keeps turning and life does move forward with or without your permission. People who once meant the world to you, people whom you deemed a best friend, a great love, someone you needed may leave you. People will come and people will go but the true ones will stand the testament of time whether as a current fixture in your life or a preserved memory of everything they once meant to you... rose colored glasses included. 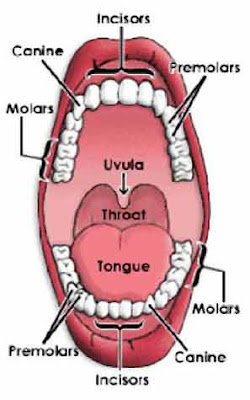