When it comes to my close friendships I have a tendency to surround myself with the boy gender of the gene pool. Boys are cool in a way that women usually can't compete with. I am likez a thousand percent sure having a dick and being filled with throbbing testosterone would be the coolest thing on planet earth.

Unlike men who don't dick around the bush but rather give it to you straight, women will smile to your face and then trash talk you the moment they are out of your presence. Academy Award winners don't know shit about acting until they witness a girl fight. First off, I am not saying there aren't some bad ass females out there. I have been around the friendship merry-go-round a time or two and while they are few and far between it makes finding one of these rare treasures all the more thrilling. Secondly, I am not saying I haven't at one point or another been a lame ass female friend. I can only learn from my mistakes and try to be a better version of myself. I, as many women do, have some trust issues with the female species i.e. stealing my boyfriend, lying to my face, dragging my name through the mud but I am not writing off having female friends. Take the best characteristics of men add one cup vagina, one cup witty banter, one cup vintage shopping and you have the Aston Martin of female companions. On that note I have had enough failed female friendships to know what it is I am looking for.

Women I Will Never Be Friends With:

- If you worship at the church of Sex & The City we can never be friends. While the show was entertaining and groundbreaking at the time you my dear are not a Carrie. No one is a Carrie except for Carrie.

- If you end any sentence, written or spoken with the word FAIL, we can never be friends.

- If the Twilight series changed your life, we can never be friends.

- If you do not know who Charles Bukowski is, we can never be friends.

- If you are constantly spewing remarks about other females physical appearance because it makes you feel better about your self, we can never be friends.

- If you can not formulate your own opinion on anything, we can never be friends.

- If your favorite singer is Beyonce or Rihanna, we can never be friends. There is an appropriate place and time for these pop divas, just not every second of every day.

- If you have to get drunk to have fun, we can never be friends. What happened to lattes peppered with good ole conversation? Or bowling? Or going for walks? Or playing checkers? I fucking love checkers.

- If you send emails that threaten 25 years of bad luck and acne if I do not forward it to 80 people, we can never be friends.

- If you still decorate your MySpace page, we can never be friends.

- If your life ambitions begin and end with getting married and having babies, we can never be friends. I have had 22 years of those friends and I hold nothing against them, we are just at different places in our life. I want to see Africa, you want to live in Michigan and hang out with other married couples. It's not wrong, we just don't have much in common.

If you agree with me on these statements and think "yeah, I could totally be besties with Natt" I can promise you: nights in watching Sci-Fi movies while eating popcorn and ice cream, midnight runs (to burn off the calories), awesome wing woman skills if you so need them, dancing to Spice Girls, dubstep and anything else that makes ya wanna move. I promise I will never flirt with your boyfriend. If you ask, I will give you my honest opinion on if that shirt makes you look a bit like a Lady Gaga wannabee. I will encourage you to dye your hair red, have that one night stand, eat the second piece of cake, cause damn it, life is too short. 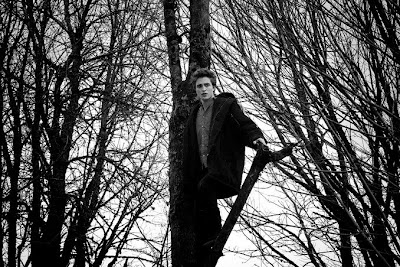