Every now and again I like to have a cathartic facebook cleanse and rid myself of all the "friends" I have collected. People whose requests I accepted simply because we had x amount of mutual friends or were apart of the same expat community or grew up in the same church. Other then a name, a brief exchange or a fading memory I don't know who you are, nor do I care. I don't want to see your new engagement ring, I don't care that you are getting drunk in Royal Oak on a Tuesday night. My life will not be impacted in the slightest by having you on my already too long roster of "friends" and honestly I know you don't care about my life either.

A boy a year ahead of me whom I grew up with and shared many mutual friends with committed suicide my senior year of high school. It was my first real taste of death and the pain that accompanies it. Suicide is unfair. One moment a person is there, seemingly healthy and happy and the next you are dealing with the shock and realization that he wasn't ok, he was in pain, and he is gone.

His family decided to leave his facebook up for whatever such personal reasons and I often catch myself frequenting it. It's exactly the way he left it the day he died. He was born on March 14, 1986, the same month as me. He went to Central Michigan University to study Marketing. His About Me is one line: "I live in tallgrass T5, I'm super sweet, and I'm really good at Getting This." He was interested in women, he was single, his sex was male and his screen name was sexymantb55. His favorite quotes are a collection of things his friends have said, things such as: "what grade was I in when I was in second grade?" and so forth.

The harsh truth is I know if he were still alive I would have deleted him years ago, so I don't know why in his death I keep him as a friend. He won't update his status. He will never be "in a relationship" again. He won't post drunken photos or get tagged in an album from a concert this past weekend. He will never do anything ever again. I wonder what his status would be today? Perhaps something about the upcoming 4th of July weekend or how they slaughtered the new Transformers flick. It would read: Way to fuck up again Michael Bay. It makes me happy to see his friends and family still write on his wall; sharing little memories or what's happening in their life. It makes me sad to see how many days have passed since someone has left a new post. Currently it has been 6 days.

I guess it's my form of therapy. On facebook he stays perfectly preserved as I remembered him. Smiling, happy, witty, full of promise and the entirety of his life ahead of him. Someone who was enjoying the college experience; underage drinking and one night stands. Someone who would one day get married, have babies, celebrate anniversaries, go hunting, shoot a 10 point buck, make funny Halloween costumes and get ridiculously tan in the summer. If I delete him I have to admit he is gone and it's true he is no longer here and this is just a social networking page but it's where I can find peace, reflect upon his life and remember him for all that he was. As long as he'll have me, I will never delete him. 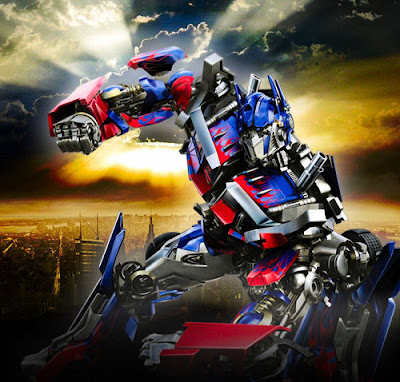