What I Would Tell the Kids Who Used to Bully Me

That is what you are by the way. It isn't playful teasing or joking if the person it is aimed at is not laughing with you.

Thank you for pointing out the fact that I was fat...I really didn't know. Without you I may have forgotten that I was: ugly, chubby, frizzy haired and had gaps in my teeth. I may have gone more then an hour without feeling insecure about my physical appearance. Thank you for keeping me grounded. I wouldn't have wanted myself to get a big head.

But really: You taught me to be humble.

Thank you for that time you spilled an entire bottle of milk on my head and then followed me around the halls 'mooing.' That was cute. So creative and witty...you had depth.

But really: You taught me compassion.

Thank you for that time you tripped me in front of the entire school auditorium when I was graduating from Kindergarten. It would have been far to out of character for me to have made it somewhere without falling. I trip on flat surfaces.

But really: You taught me to embrace my flaws.

Thank you for nominating me for middle school homecoming court as a joke. I know when they announced my name over the speakers you probably felt really accomplished. You probably thought: "I showed her. She is so ugly people laugh at her name, at the mere idea that she could be a homecoming queen." This was a group effort. It took many people many times over to get my name on the ballad.

But really: You taught me that ignorant people will follow blindly.

Thank you for telling me no one would ever want to date me. That I would die a virgin. That I would be more likely to marry a dog then get married at all.

But really: You taught me no outside person can fix me. I must do that on my own.

There is a good chance you will not remember the specific times you hurt me. There were so many instances and you made so many children question their very existence...how could you possibly keep them all straight?

But really YOU need to know: I can not count the times I ran crying to the bathroom, how I learned to walk down specific paths in the school corridors in order to avoid seeing you, how I starved myself for months just so you would leave me alone, how I lived in constant fear every time I stepped foot in school.

You may have forgotten all of this. I know I would try to. I wouldn't want to live with the guilt that came along with knowing I caused someone so much pain...but really, thank you. Because of you: I don't make fun of situations that are outside of one's control, I try to mentally walk in others shoes, I remember we never truly know what people are dealing with in their life. Luckily for me I made it out stronger...but other people aren't so fortunate.

I'm crying as I am writing this not because the memories hurt or because I wish I could go back and stand up for myself but because what I know now is that you...the bully...you must have been in so much pain too. Maybe if you would have taken 5 minutes to know me we could have helped each other through the pain instead of intensifying it for the both of us. It's never too late to change...and I forgive you. 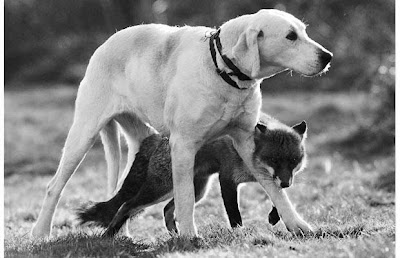