A Brief Explanation Regarding my Infatuation with Gingers

First and foremost you, The Ginger, you have a soul. Despite what years of schoolyard bullying has taught you, throw a pale middle finger in the air and tell 'em to fuck off. You are beautiful.

I remember the first time I expressed vocally that I was primarily attracted to gingers. I was greeted with a look that is reminiscent of someone who has just accidentally drank five month old rancid milk. After the initial shock wears off most faces will greet me with a look of pity followed by a quiet, deep whisper: 'Is there anything I can do to help you?' I like Gingers you fool, I am not indulging upon you a secret that could potentially incarcerate me.

Allow me to Explain:

Gingers are dedicated: Fuck melanin! Being tan is vastly over rated. Sure you will spend 1/6 of your life avoiding the sun, coated in greasy SPF 90. This just proves that you are dedicated to taking care of yourself and your chances of skin cancer are far less then those 'sun worshippers.'

Gingers stand out and can become famous: Let's take an in depth look at Carrot Top. Do you think it is his steroid laced muscles people are looking at? Nope. Howa bout his eyebrows that resemble Jim Carrey as 'The Grinch?' Probably Not. What about his magic acts and various guest appearances on B list celebrity shows? Let's keep it real. It's safe to assume that it is his luscious full afro of Gingerness that made him a household name. Carrot Top was lucky enough to hit the genetic lottery. Hell, without it his name would just be Top. Lame.

Gingers are hot: Simple and to the point. It is a magical combination when red hair, pale skin, light eyes and freckles come together to form what I like to refer to as 'the Justin Bieber'... Something so special and rare that it only comes around once every millennia and when it does the entire world is changed. Don't believe me? Please see: Nicole Kidman, Rupert Grint, Lindsay Lohan (pre drugs), Geri Halliwell, Prince Harry, Shaun White, Damian Lewis, Christina Hendricks, Amy Adams, Isla Fisher etc. 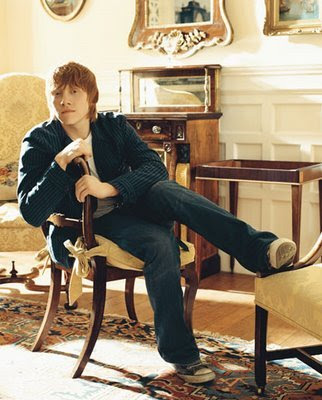